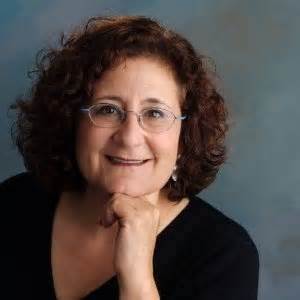 WHO IS SUSAN BAROCAS?

The pomegranate is a magical food.

Some say it was not the apple, but this regal red fruit, each with its own crown, that was the original fruit on the Tree of Life in Garden of Eden. While we might never know this for sure, we do know that pomegranates have been grown, eaten and cherished for thousands of years.

Pomegranates originated in what is now Iran, where they have been cultivated for nearly 5,000 years. Esfandiyar, one of the most powerful mythical heroes of Zoroastrianism, the oldest religion continuously practiced in Iran, ate pomegranate to gain great strength and abilities before battles. Of course, he was always victorious. One theory is that the tasty Persian dish fesenjoon (or fesenjan in formal Persian), which is made with pomegranate syrup, has its root in the hero’s name.

It’s not surprising that there are many references to pomegranates in the Torah and other texts since it was cultivated in Egypt before the time of Moses. The Israelites wandering in the desert complained so much about leaving behind the thirst-quenching fruit that Moses had to assure them they would find pomegranates again in the Promised Land (Deuteronomy 8:7-8). And, in fact, pomegranates were one of the seven original species (shivat haminim) that the found upon arriving in the land of Israel.

The pomegranate appears as a symbol of love in the Song of Songs. So important and admired was this fruit that they adorned the robes of the Temple priests, and King Solomon decorated the columns of the first Temple with pomegranates. He also cultivated pomegranate trees and incorporated the fruit into the cuisine of his palace.

Everybody has their own method for removing the beloved arils (seeds) from the whole fruit. For me, spanking the pomegranate is the quickest, easiest, cleanest and, contrary to how it sounds, least painful way to gain the desired reward. Simply use a sharp knife to cut the pomegranate around its middle circumference. Then, hold each half by your fingertips, cut side down, over or just into a large bowl, which I usually set in my sink to maximize leverage and minimize what few splattering droplets there are from reaching my clothes.

Keep the fruit elevated slightly from your palm with your fingertip grip, which allows the red jewels to simply drop out onto your palm and into the bowl as you somewhat forcefully whack all around the sides of each half using a wooden spoon. Two important notes here: You must use a wooden spoon, which is flatter on bottom than metal spoons, and you have to hit all around the sides as any effort spanking the ends of each half will prove, well, fruitless. Once all the seeds have dropped out, remove and discard the few pieces of white membrane that might have also dropped into the bowl.